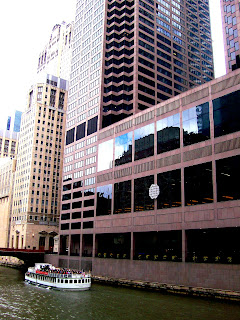 Leo Melamed, Chairman Emeritas of CME Group, once went to City Hall to ask the first Mayor Daley for a favor. Melamed had just invented financial futures, and 2 years later the CME needed to build a bigger trading floor. Melamed had brought his roll of architectural plans, but the Mayor didn’t want to see them. He said “Tell me what it will do for the city of Chicago.”

Melamed said “Mr. Mayor, if I am right about this, [financial futures] will shift the gravity of finance in the United States from New York toward Chicago.”

He was right. New York is still the nation’s banking center, but the derivatives markets have exploded. There were 22.3 billion contracts traded on derivatives exchanges in 2010; CME Group ranked second, in contract volume traded, after the Korea Exchange. But Chicago's futures talent pool still anchors its place at the hub of a global system of derivatives exchange.

That position has had a resounding impact on Chicago’s economy. In 1972, the year CME introduced the first financial derivatives, there were 11,500 workers employed in the industry in the state of Illinois. The number grew almost every year until 2002.

In the 2000s, Chicago’s 2 largest exchanges, the Chicago Board of Trade and the Chicago Mercantile Exchange, demutualized, merged, and switched to electronic trading. The open-outcry trading pits emptied out.

In 2010 there were about 45,000 people employed in the industry that includes futures trading in the Chicago MSA – almost 4 times the number employed in 1972. Their average annual wage was $186,000, and collectively, they brought home $8.3 billion in consumer spending power.

Another 67,500 are employed in providing services to the industry, according to an economic multiplier published by World Business Chicago. They include lawyers, accountants, people working at public relations and technology firms.

The kind of jobs they are doing have changed. 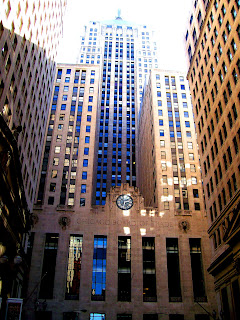 Before, a young man could walk onto the trading floor as a runner or a clerk, work his way up to be a trader, and make a good living at it. John Lothian, Publisher of MarketsWiki, got his start as a runner at the Board of Trade in the 1980s.

“When I entered the industry, there were always a huge number of entry level people that came in as runners on the trading floor. From there you might become a phone clerk, to a deck handler, to an assistant to a pit broker.”

But those entry level jobs were related to the manual nature of trading. Someone had to watch the phones on the floor, take the call if a client rang, bring the handwritten order to where it would be executed, and reconcile the mismatches at the end of the day.

Electronic trading has changed every sector of the industry.

Individual traders don’t need staff to execute their trades. Big firms don’t need traders. Now, Lothian says, the actual trading desk resembled the cockpit of a plane on autopilot. “They have a trader in a chair watching the screens. He has a ‘get me out’ button.” The firms are mostly hiring staff who can program computers and write algorithms.

The balance of the culture has also changed. Pit floor trading fostered a locker room atmosphere and a gambling culture. “Former athletes did very well. It was a physical encounter,” says Michael Gorham, Director of the IIT Stuart Center for Financial Markets.

The traders were supported by a host of more sober professions – accountants and lawyers who kept them out of trouble.

Now, the traders are quants and computer programmers, and they are supported by a hopping industry of technology firms, investing millions in a scramble to reinvent the cutting edge.

Direct employment around the exchanges breaks into three main groups: the exchanges themselves, brokerage firms and proprietary traders.

Chicago’s two biggest exchanges merged in 2007 and combined their staff. CME Group says they employ about 2,000 people in Chicago, 45% fewer than the exchanges employed the year they merged.

Brokers fall into 2 distinct groups. The futures commission merchants (FCMs) are
institutions that handle clearing – managing the credit risk of the trades that pass through them. Introducing brokers manage relationships between retail customers and the FCMs.

The ranks of introducing brokers has been relatively static through 2000s, according to Melinda Schramm, Chairman of the National Introducing Brokers Association.

Schramm says independent brokers were never concentrated in Chicago to begin with. Some locate near the farmers who want to hedge their crops, others concentrate in states like Florida and California, with large populations of retirement savings to invest.

The FCMs used to be dominated by privately owned Chicago based firms. Market upheavals and new interest in the industry have subjected them to waves of consolidation and acquisition in the last 15 years.

Now most FCMS are big public corporations headquartered in other cities. Leslie Sutphen managed electronic trading for French firms Calyon Financial and Newedge before joining a Chicago proprietary trading firm. She says even FCMs headquartered in other cities still keep operations offices in Chicago, to do the back office work of settling trades. “Futures are a Chicago kind of instrument,” Sutphen says. “This is where the talent pool is.”

Proprietary trading firms have diverged too. On the one hand, electronic exchanges make more markets more widely available to individual traders everywhere. You don’t need a membership to trade. It’s hard to tell how many individual traders there are. Bureau of Labor Statistics wouldn’t capture them unless they’re paying unemployment tax.

On the other hand, large firms invest in trading platforms that take time and significant capital to build. Ben Van Vliet is a Lecturer at IIT’s Stuart Center for Financial Markets who consults with high frequency trading firms. He says that calls for a more institutional approach. “They can easily have teams of dozens of programmers, each making 6 figures a year, just to build out and maintain a superfast platform that enables trading,” and aside from developing the trading strategy itself.

Technology has changed the playing field for all of them, but they use technology in different ways.

The small proprietary trader is using technology off the shelf. John Person started as a floor trader in the 1970s. Today he trades for his own account from an office in Glencoe. He says electronic trading has made the futures markets more accessible, along with access to information and a wider variety of trades. “Now, anyone with a computer and some risk capital can enter the markets.”

Large proprietary traders spend millions to shave microseconds off the speed of their trades. Van Vliet says they’ll absorb the expense of building proprietary systems because they don’t want to enter the race “driving the same car” as everyone else. 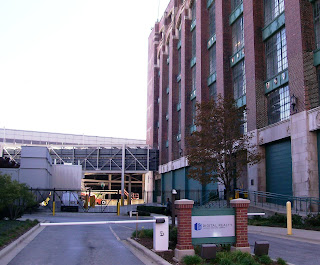 They pay to co-locate their servers as close as possible to the exchange’s matching engine. CME Group currently offers access to its matching engine through a datacenter at 350 E. Cermak, a building owned by Digital Realty Trust. But it plans to offer its own co-location site by its matching engine in Aurora, setting off a scramble among firms that can afford its fees.

Steffen Gemunden is co-founder of RTS RealTime Systems, a software and connectivity provider. Gemunden says the big firms “all want their electronic equipment very close to the exchange’s matching engine,” but that doesn’t affect where their staff go to work.

Brokerage firms are not in the race for the fastest possible trade. “They’re trying to help their large traditional investment customer counteract the proprietary traders,” Sutphen says. They do it using algorithms to slice large orders into tiny pieces that will not move the market.

All these technologies employ high paid workers, in fact it employs more of them during times of change.

There are still 10s of thousands employed by Chicago’s futures industry. But the fact those workers don’t converge on the same two buildings anymore has had an impact on the street.

Some grand old industrial buildings have been pressed into use as data centers. 350 East Cermak was once the RR Donnelley printing plant. It is 1.1 million square feet of cavernous, industrial gothic space that would have been hard to adapt for most other contemporary uses. 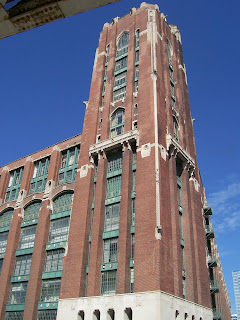 Closer to the exchanges though, some bars and restaurants have gone out of business. Others have a clientele that more closely resembles that of other storefronts in the Loop.

Frank Martello bought Alcock’s, a bar on Wells Street just behind the Board of Trade, in 1983. He says the bar boomed with traders, and all the staff who helped them trade.

“I had a full crew on at 1:20pm,” the time of the first closing bell at the CBOT, he says. “Back then, a good day or a bad day, it didn’t matter. They were drinking if they had a good day, or drinking to drown their sorrows if they lost.”

He says about 6 years ago, the clientele changed. “We get ‘suits’ instead of ‘jackets,’” he says, referring to the jackets traders once wore on the trading floor.
Some of his neighbors weren’t so lucky. “We had a McDonald’s and a Kentucky Fried Chicken a couple doors down from me. They both went out of business,” he says. “I’ve never seen a McDonald’s go out of business.”

Lothian says it wasn’t just camaraderie that was lost. “It used to be you could call down to the floor, ask how something was done. If that person didn’t know how to do it, there was someone on the floor who could help. There was a lot of collaboration.” He launched MarketsWiki to help fill that gap. “I wanted to create a knowledge base” to replace the one that has been dispersed. 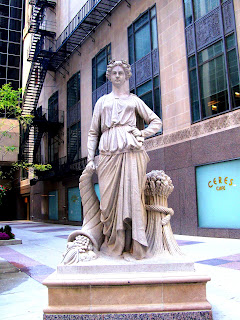